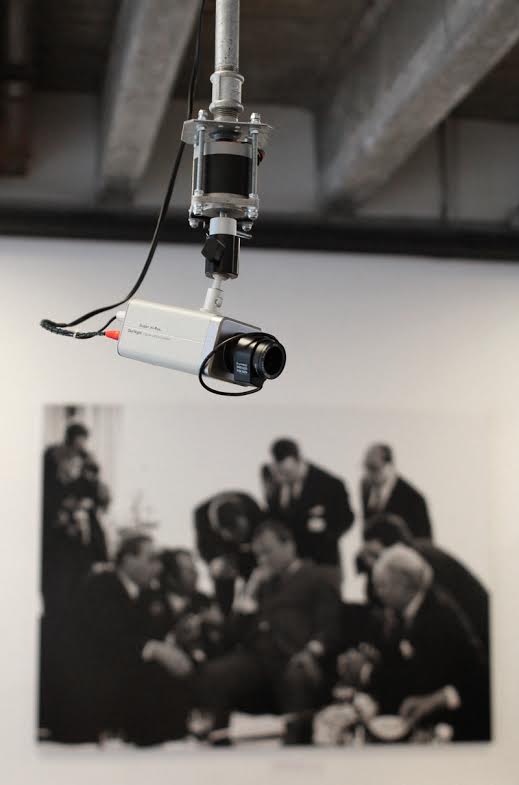 This “Letterfriend”from Cologne, Gregor Kuschmirz, appreciates linguistic treasures as well as micro-typographical details. What he actually does is, he visualizes and phrases thoughts, sometimes literally, sometimes rather indirectly, as in posing a plain question. One could say, he is observing a loony bin with a telescope. And by doing so, he does not forget to put his reading glasses on. – As one of our “Letterfriends” his name would be Harry Headline.

This man is maximally minimal; yet can’t be quantified. He is bargaining precisely between word and image. He is creating a liaison, a book if you want, that is brimming with the splendid jelly we call context. He is the personification of intelligent humor and wit, all the while keeping the appearance of being deadly seriousness at the same time.

His art is concept coupled with curiosity. It is keen, it is demanding and inviting – inviting the recipient to find lucidity even though one might not have any of “preconditions” to lucidity (yet). His art takes a stand regarding aspects that want to be questioned critically but without falling deep down into the abyss of intellectual blah blah yada yada.

Kuschmirz is bringing „easy“ images to life. And by “easy” we mean fuss-free and full on display. Not simple or shallow by expression at all. His attempts punctuate with experimental Design Studies refreshing every ritualized heart. His performances are both expressive and open, they’re passionate without being oppressive. 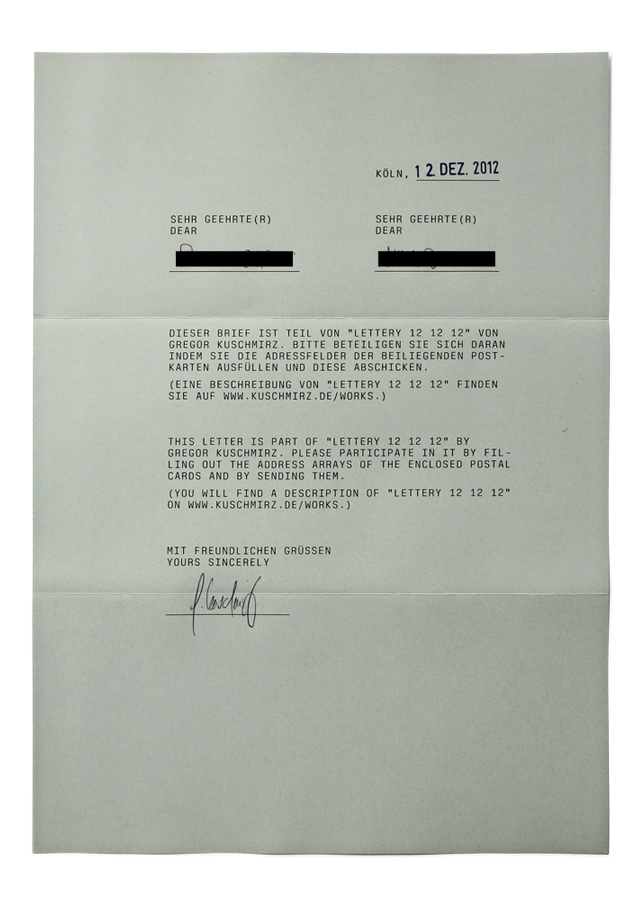 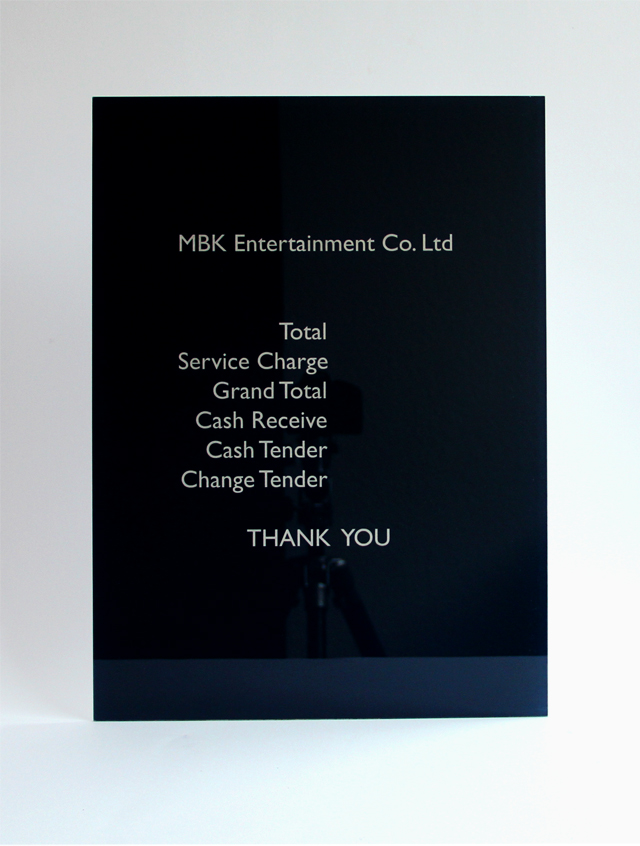 He is also bringing stuff! You know, media-artsy Type&Tech stuff for you to be see, to fill our showroom with life. It’s all about the stupification of enjoying things with soft-to-the-touch surfaces of cameras or screens. – Besides the artist’s presence there will be the “Shy Cam”, as well as a documentation about the letter-project “Lettery” and odd text-charts called “Doorplates”. Also some USB-object-artwork will come to life…

Again: We warmly invite you to be part of this illustrious happening with Gregor Kuschmirz and fresh vowel-soup, starting at 7 p.m. Later on (at 9 p.m.) we will proudly present you with an extraordinary performance by a free jazz-legend/ paralanguage artist and cellist Tristan Honsinger (USA) and Carmen, our stoic piano.

We are looking forward to see you!